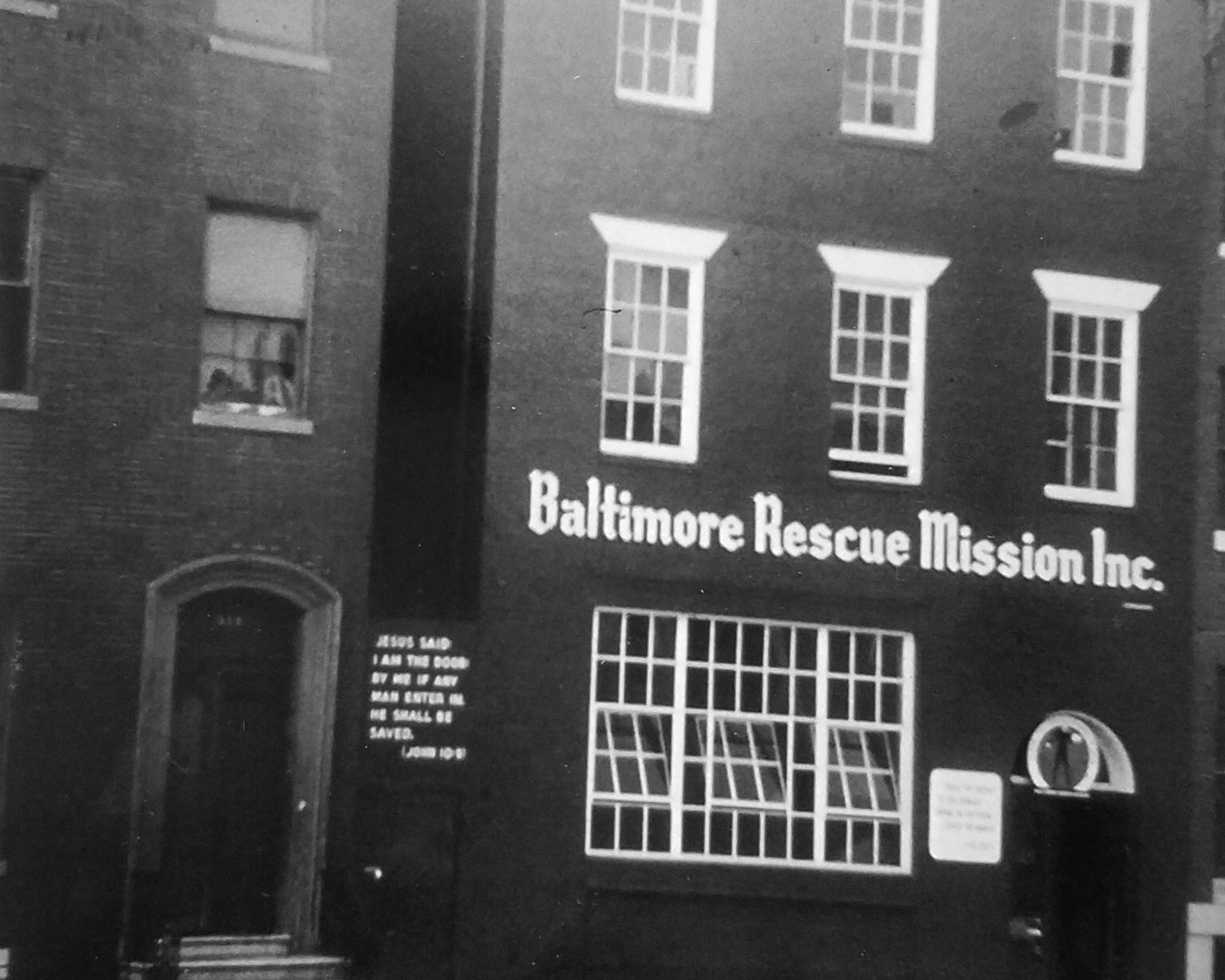 In 1956, the Baltimore Rescue Mission opened its doors to the least, the last, and the lost of the city of Baltimore, Maryland. Up until that time, there were no gospel missions in Baltimore that received African Americans. These were the days before the Civil Rights Amendment. At that time, segregation was prevalent and although American Christians were sending missionaries to Africa, there were no rescue missions willing to minister to the African American community in Baltimore City.

These were the conditions that prompted John Ehlers, founder and first Chairman of the Board of Directors of Baltimore Rescue Mission, and others to begin a gospel rescue mission that would minister to the needs of all people, regardless of race, religion, or ethnic background. We are thankful for others that have since joined our ranks and opened their doors to all people.

Raleigh Holt was a young student at Detroit Bible College, working and living at the Detroit Rescue Mission for his Christian service requirement. John Ehlers contacted Brother Holt to ask him to consider coming to the Baltimore Rescue Mission to be an Interim Director until a permanent one could be located. He stayed for thirty-one years!

For six years, the Baltimore Rescue Mission was located in a small store front building at 909 Pennsylvania Ave. God established this pioneer work as a lighthouse in one of the darkest and most dangerous parts of Baltimore at that time. Few people knew about the mission. Funds were scarce and food supplies were minimal. The building was inadequate to house the 50-60 men who came each evening seeking food, clothing, and shelter. Each evening, a clear Gospel presentation was given to allow men to put their faith in the Lord Jesus Christ as their Savior.

After six years, the Lord opened the doors for the mission to move to Green Street. During these years, the mission grew and developed. More men were able to come through the doors each day and people in the Christian community became more aware of what the Lord was doing there.

In 1974, the city took the property at Green Street and put in a post office. During that time, the property at 4 North Central Avenue became available. This property was the first privately owned weather observatory in the United States. It was built in the late 1700's, built from brick brought from England as ballast in sailing ships.

It is the second oldest building in Baltimore still standing. It was first owned by the Carrolls who ornately constructed it of brick and wood with hand-hewn walnut rafters and wooden pegs were used instead of nails, In the 1870's, it served as the home of Julien P. Friez. Behind his home, he built the first pioneer weather station including laboratory, weather observatory, and factory that manufactured instruments for measuring weather conditions.

In the early 1980’s, the Lord burdened Brother Holt and the Board of Director’s with the need to provide shelter and spiritual guidance to many homeless women and children. The Karis Home, meaning “Grace Home,” became a reality and began in the small upper level of the mission kitchen, which was the original building. There was not enough room for the women and their children, so a small three-story building adjacent to the men’s division was purchased.

After a short attempt to renovate the property, the structure collapsed due to a faulty foundation. In less than two years, the building was completely rebuilt into the beautiful four-story Karis Home we now use and enjoy. On January 13, 1991, the Karis Home was dedicated to the glory of God debt free and opened to 43 homeless women and children. The Lord did it all without incurring debt or taking government grants or aid.

Today, the Baltimore Rescue Mission continues to be a lighthouse in a world of darkness and sin. God still provides for the needs of the mission in response to the prayer of faith. We take no government funding, no charge for food or services, do not sell clothing or furniture, but continue to give away everything we are given by God's people. Most importantly, men and women are being saved daily and Christians are being discipled. 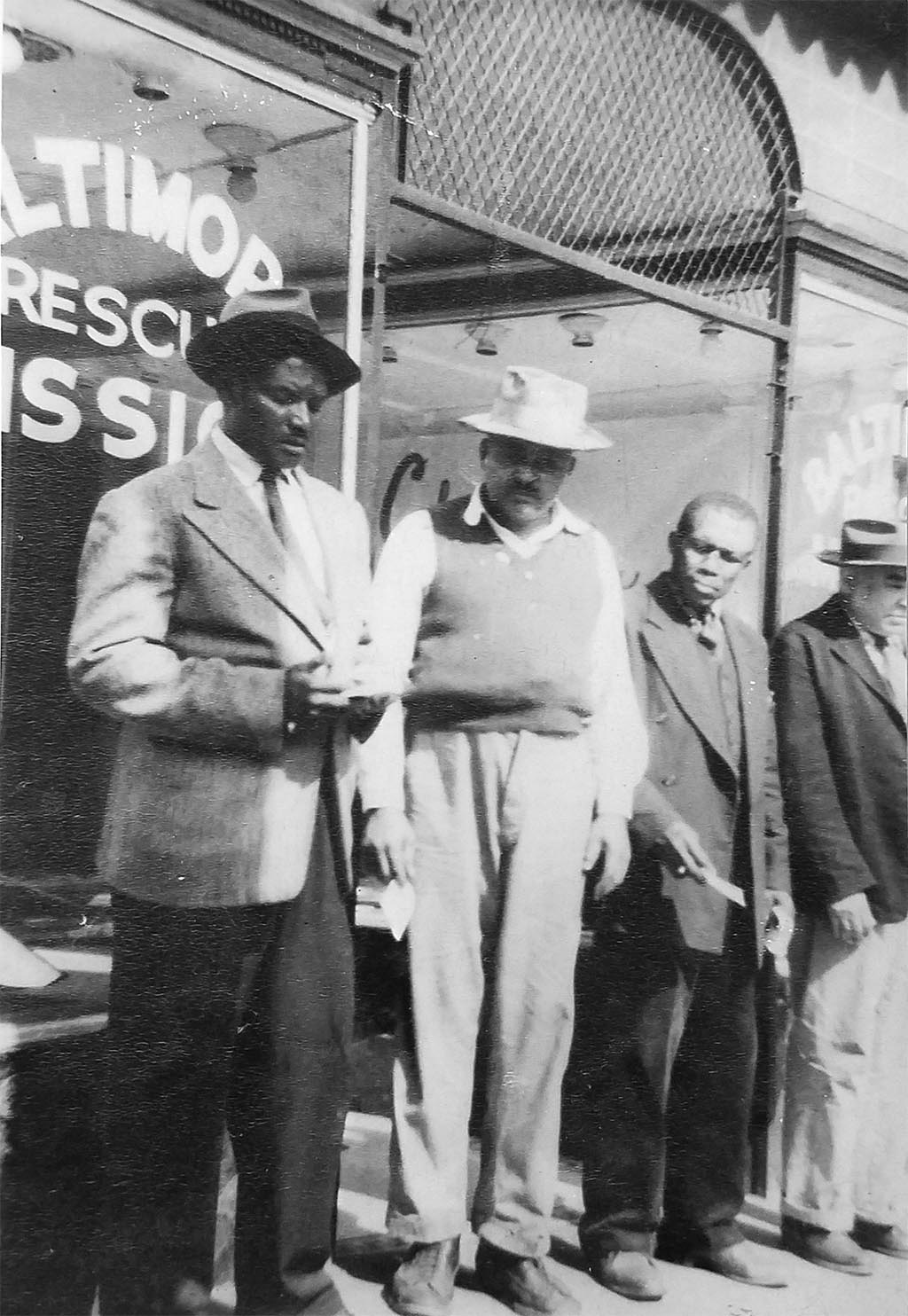 In 1956, the Baltimore Rescue Mission began at 909 Pennsylvania Ave. The gospel was preached to over 50 men each night for six years. 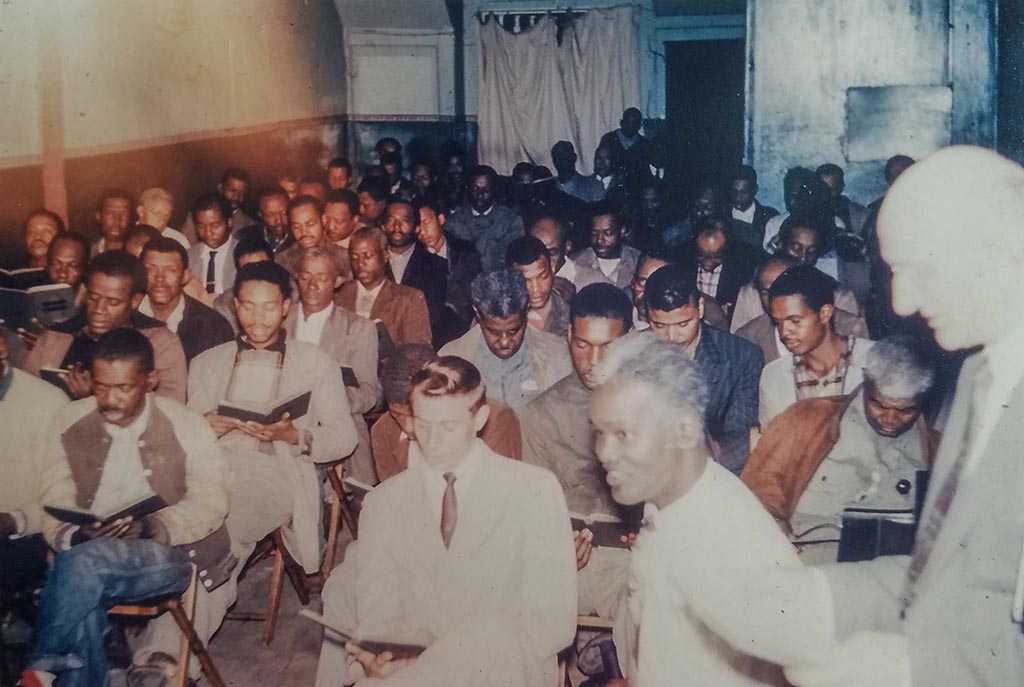 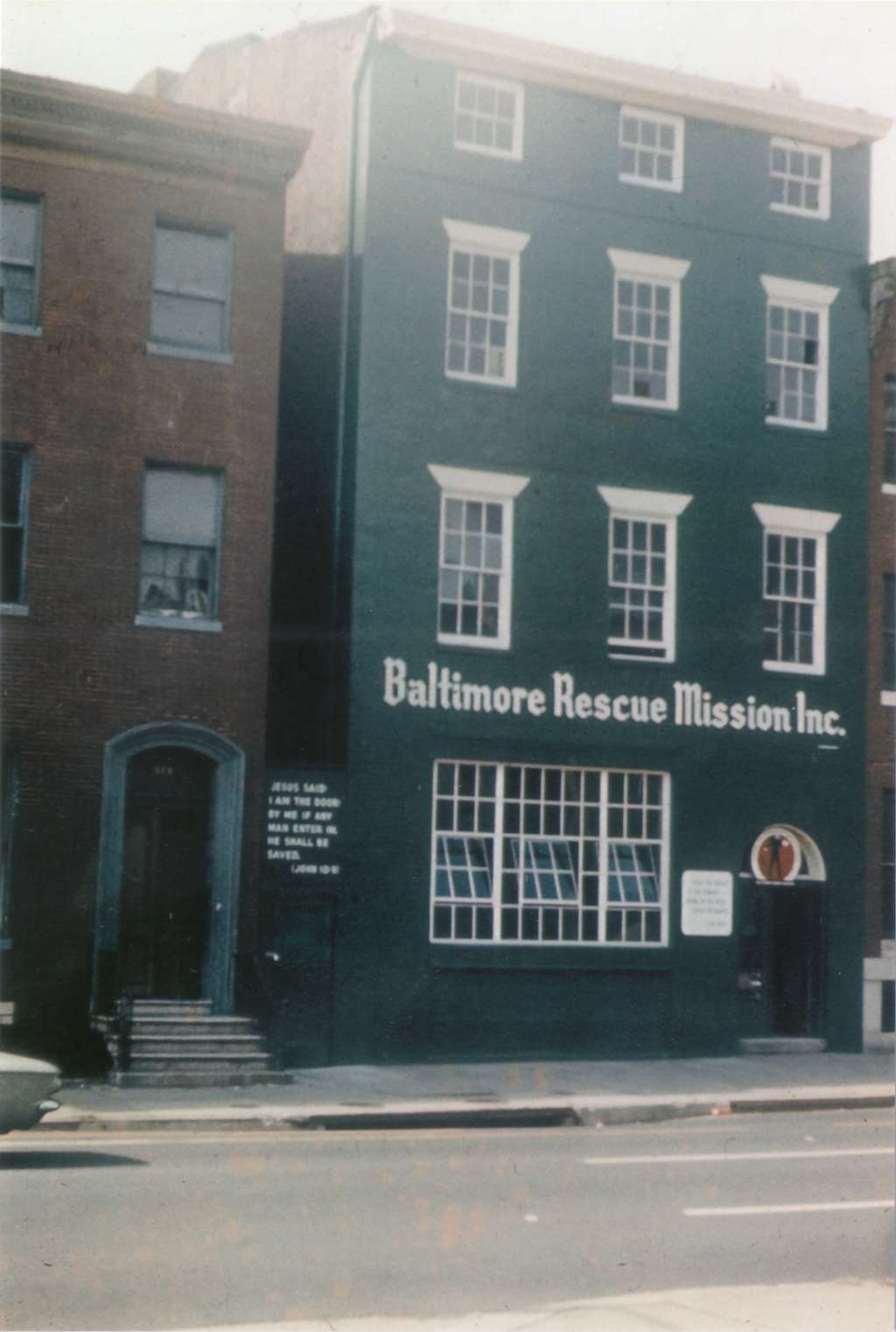 After six years at 909 Pennsylvania Ave., the Lord opened the doors for the mission to move to Green Street from 1963-1974. 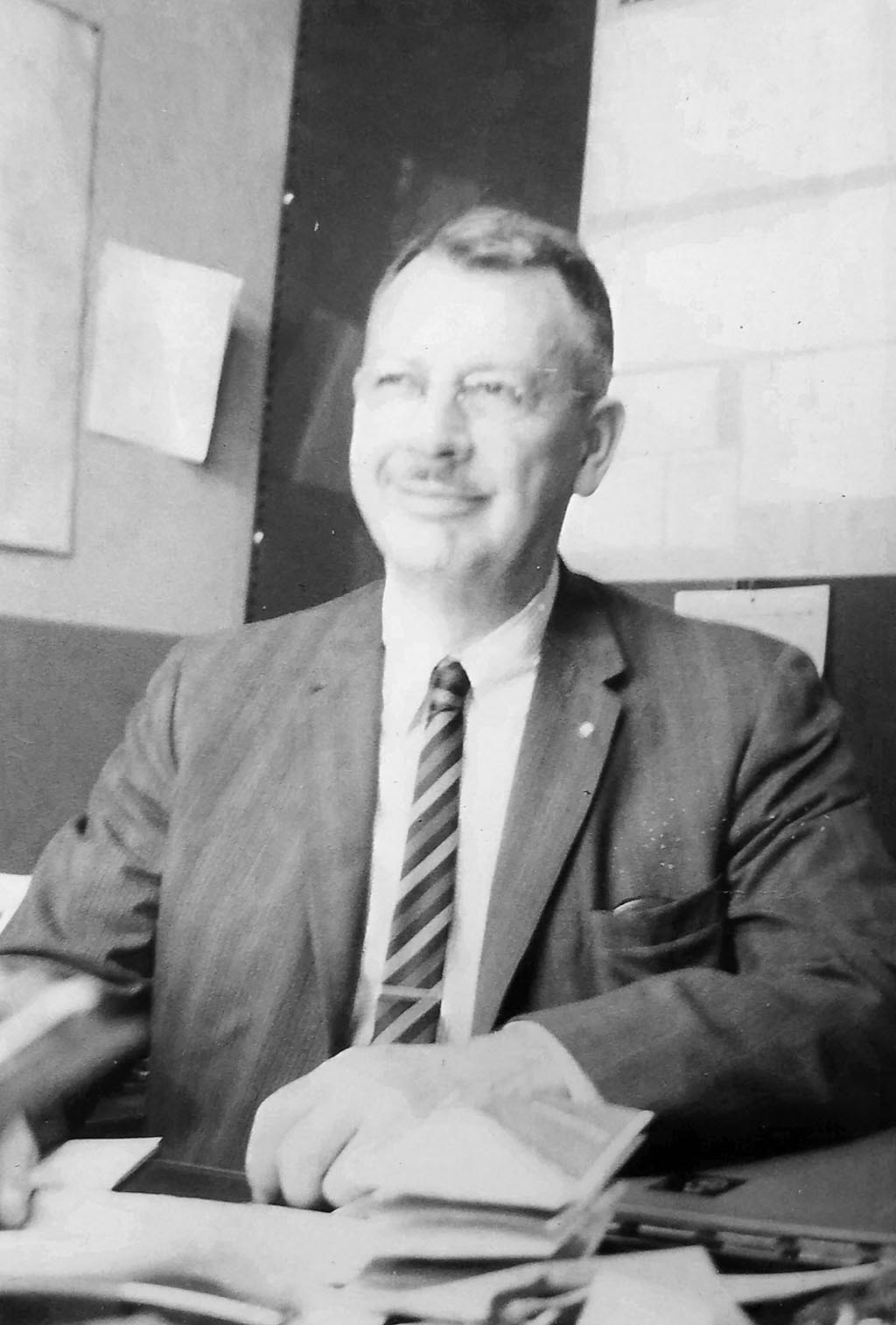 John Ehlers was founder and the first Chairman of the Board of Directors. 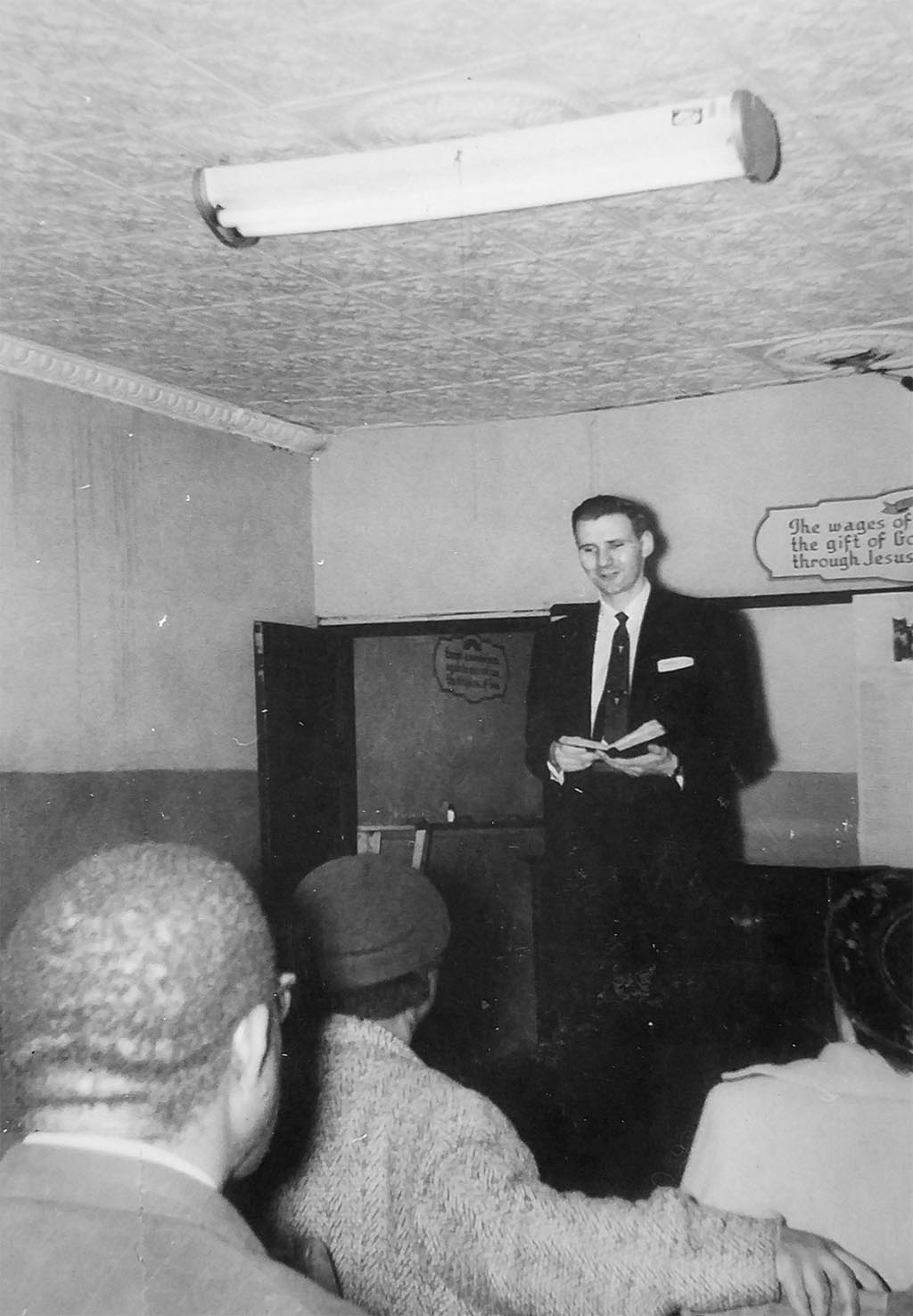 Raleigh Holt was the first Executive Director, who retired after 31 years due to health problems. 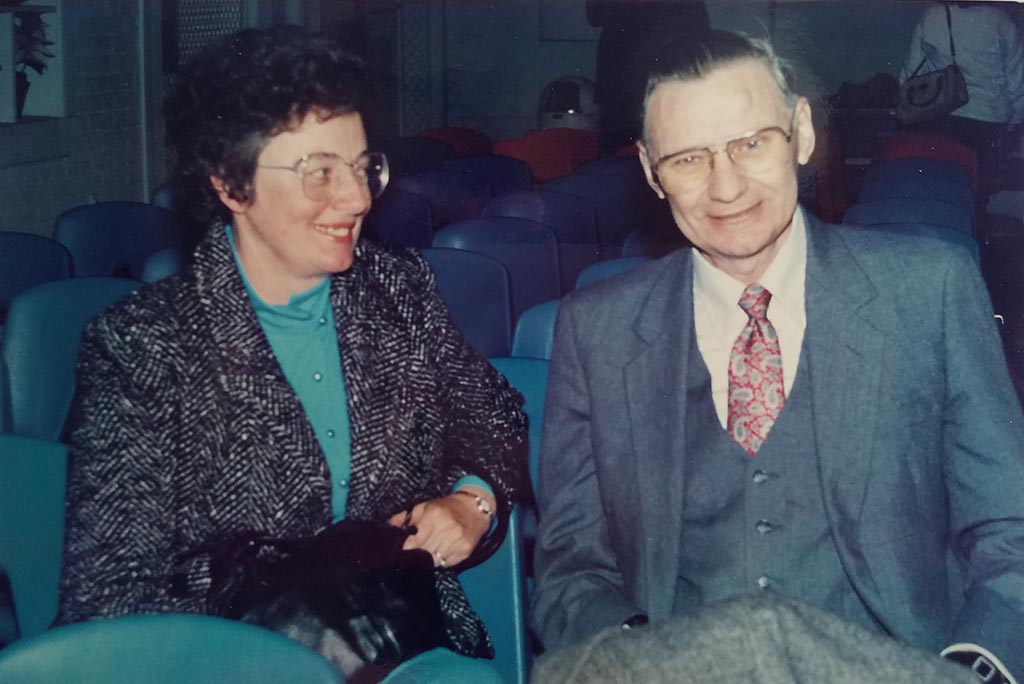 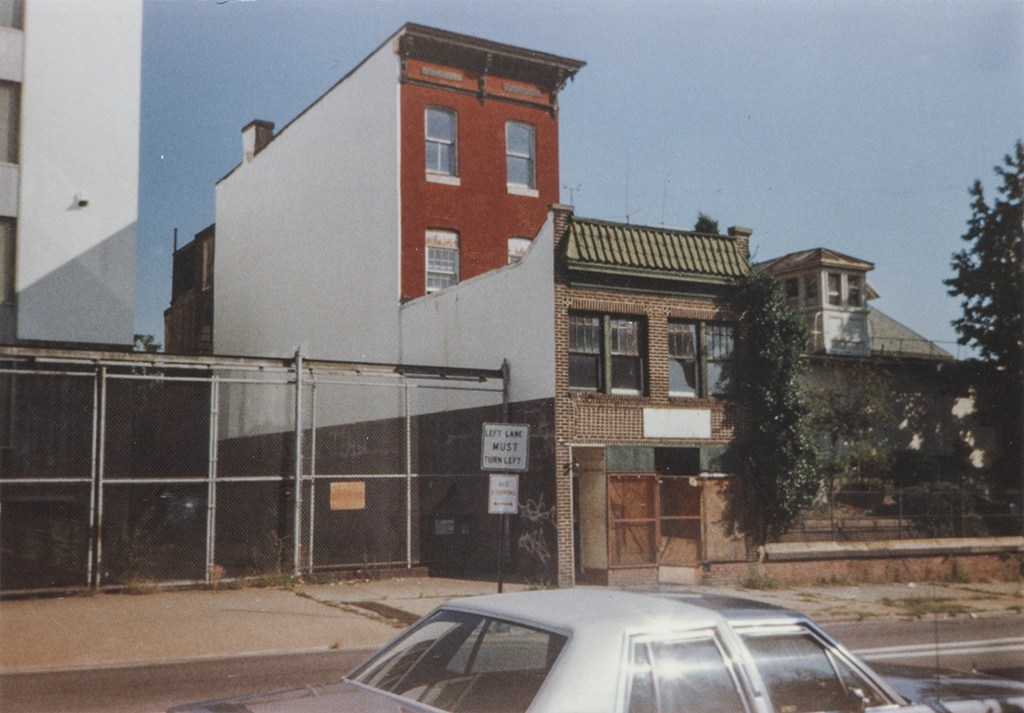 The original building (adjacent to our men's facility) that was purchased and later renovated to become the current Karis Home. 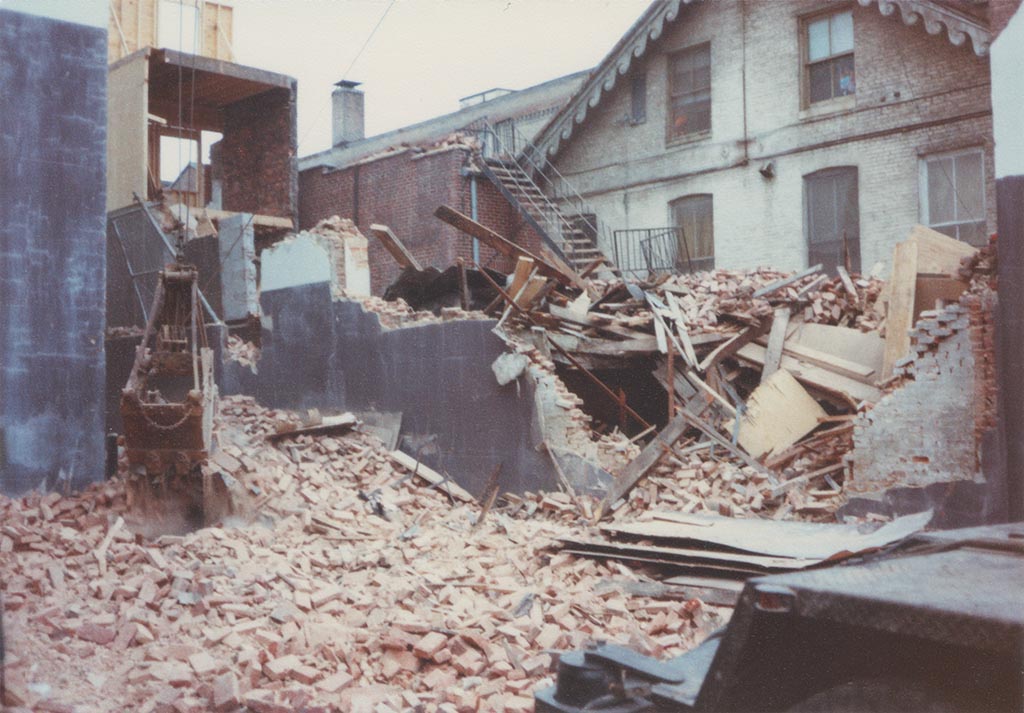 Shortly after renovations began, the structure collapsed due to a faulty foundation. 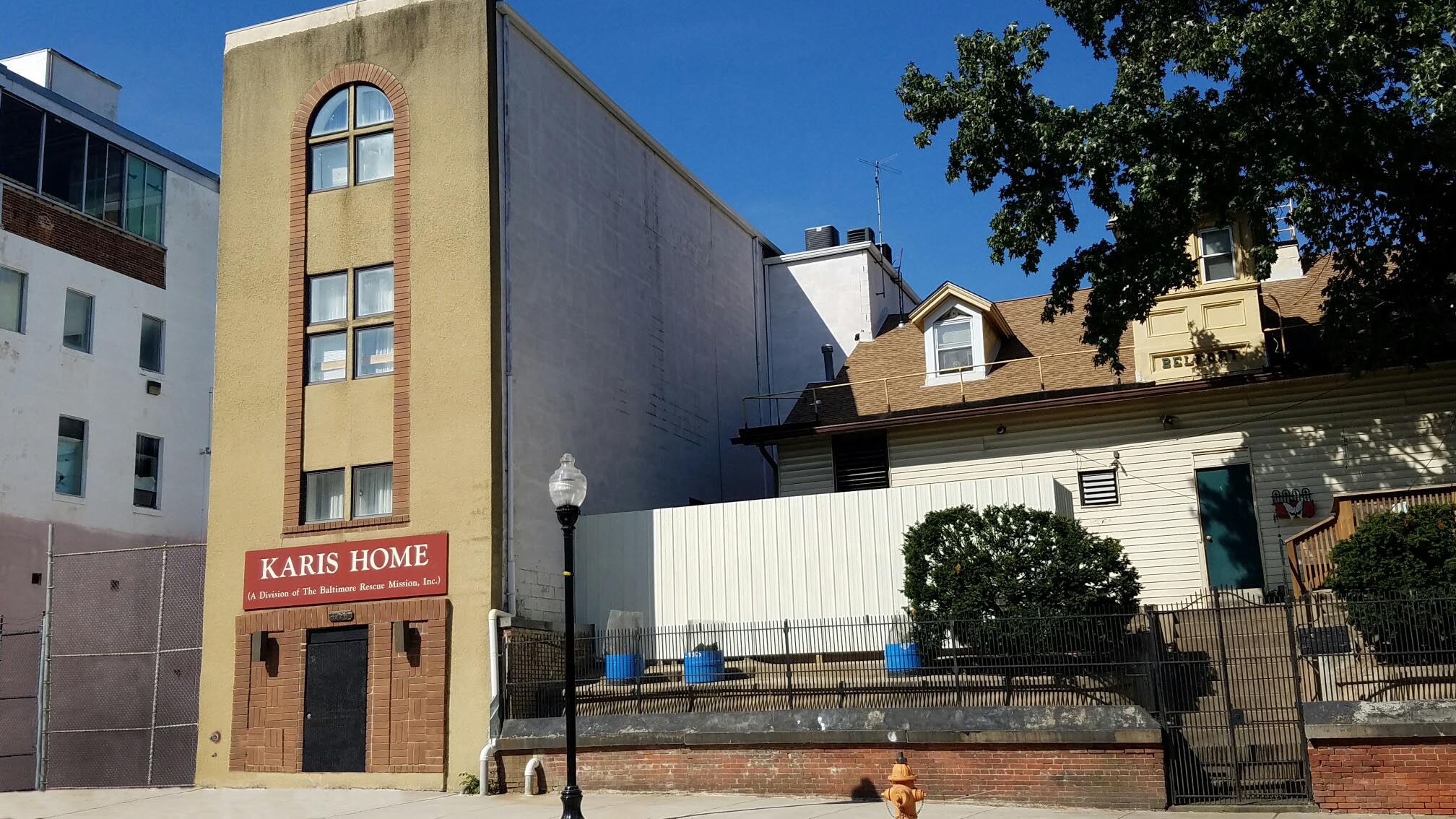 The completed Karis Home, "Grace Home", for women and children. 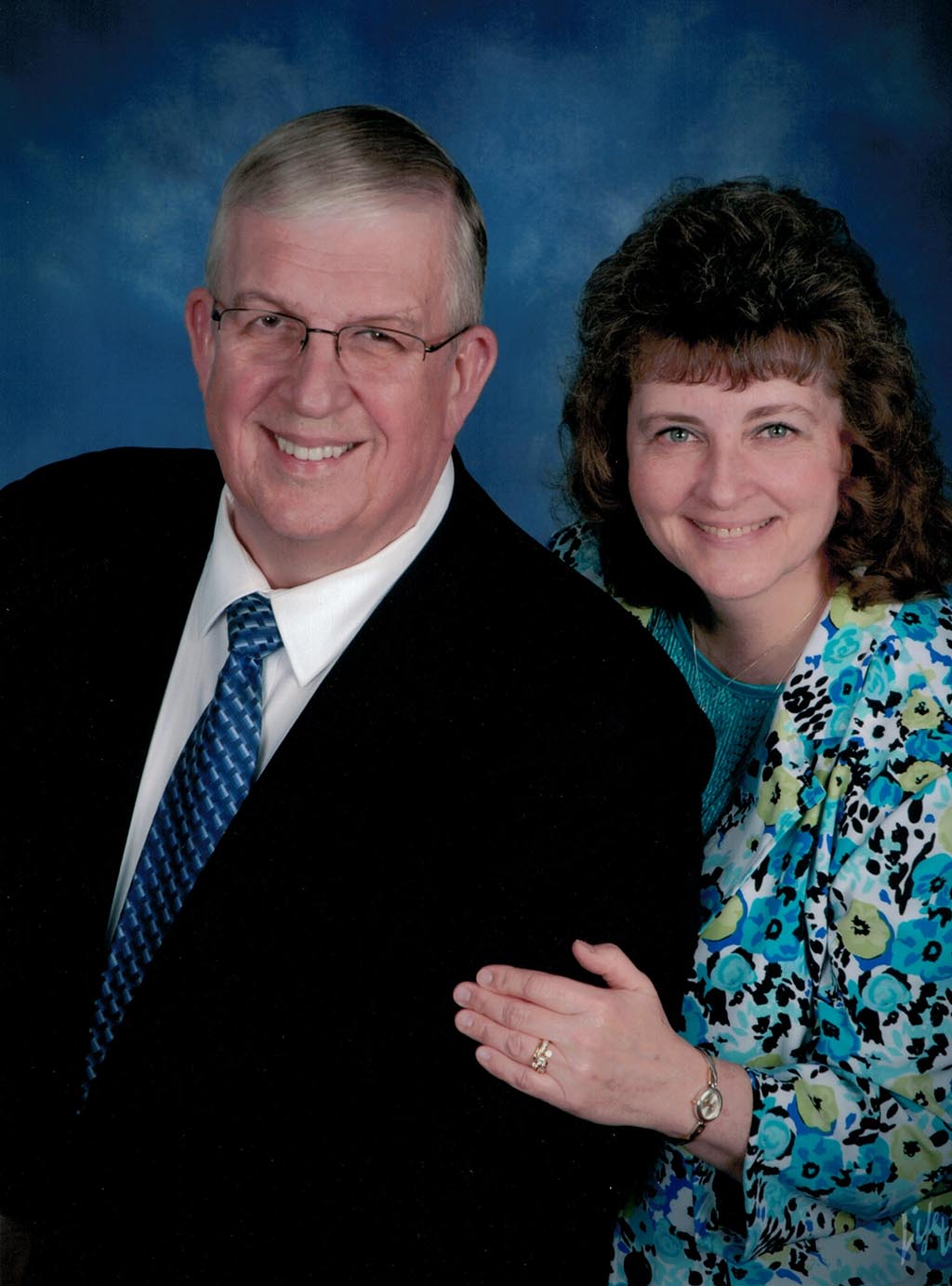 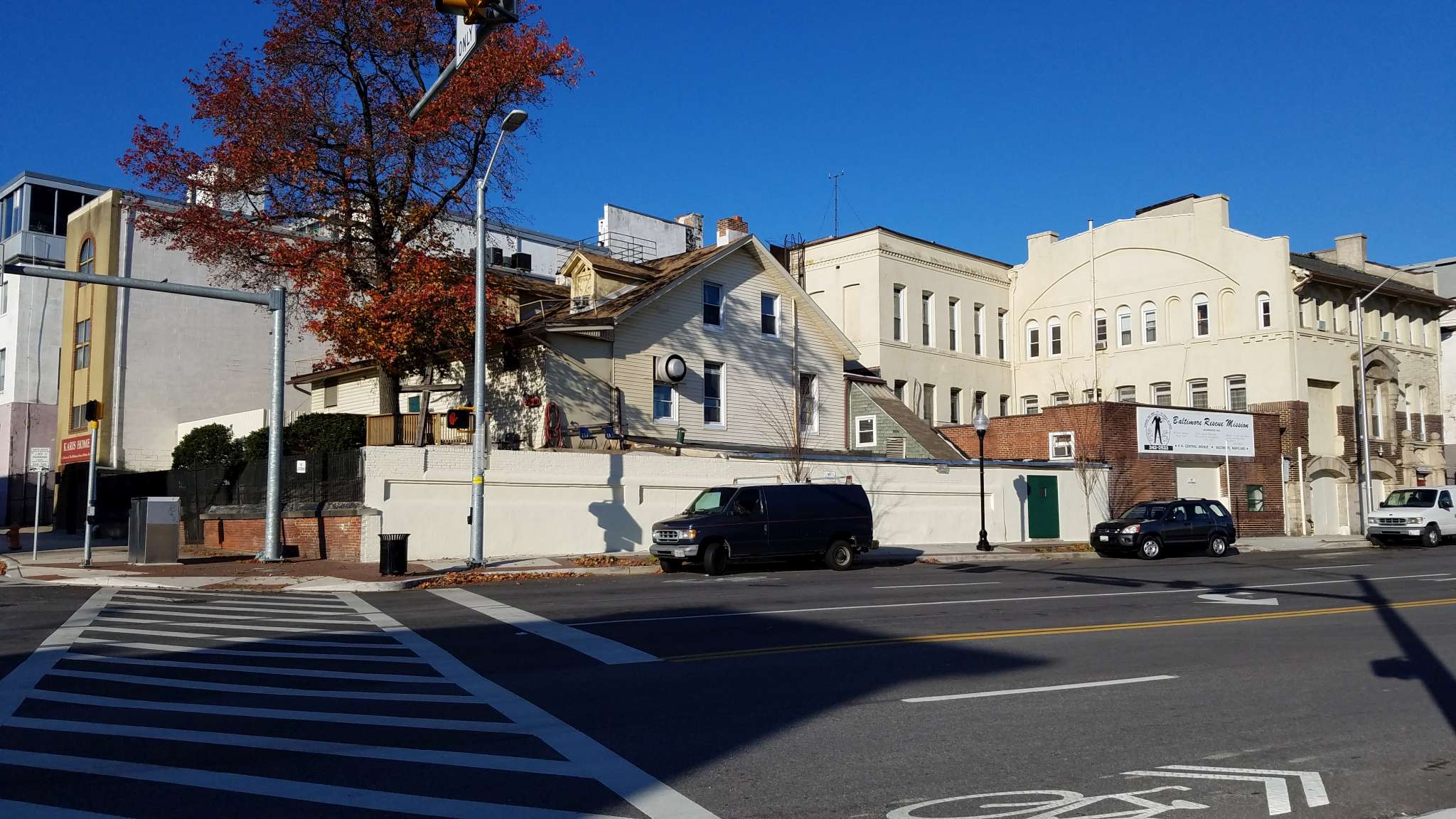